Mike Seder was born in Chile, South America where he became fluent in Spanish, and later relocated with his family to Pittsburgh. His experience in The Woodlands market began when he moved here nearly 39 years ago after receiving a job as a sales agent for Ryland Homes. He was so successful in sales that he was quickly promoted to a management position. Shortly after, he was hired by LifeForms Homes, where he helped design and build local neighborhoods and floor plans for new homes. His employment history gives Mike a unique insight into the market as he helped create many of the homes and neighborhoods in this area!

In 1992, Mike left LifeForms to join RE/MAX® The Woodlands & Spring, and has been there ever since. While working with RE/MAX® as an individual agent, Mike received the honor of being named the #1 Realtor in the USA and Worldwide for two consecutive years and the #1 Realtor in Texas for ten consecutive years! In 2015, Mike formed the Mike Seder Group. Since then, his team has ranked #2 in the state of Texas, #3 in the United States and #3 Worldwide for RE/MAX teams! In addition, Mike has received the following awards:

Mike lives in The Woodlands with his wife, Ally, and their daughter Maddie. They also have three grown sons and two grandchildren that they enjoy spending time with. Mike and Ally are passionate about giving back to the community that helped make them who they are today.

Mike’s accomplishments are one measure of how he is outselling his competition. His extensive experience and expertise in home construction, design and neighborhood development have helped him sell homes in countless neighborhoods at every price level. He is one of the few realtors honored with a street bearing his name: Seder’s Walk in Cochran’s Crossing. For families relocating or needing a larger home, empty nesters wishing to downsize or companies desiring relocation services, Mike and his staff can readily meet all those needs and more, making each one as pleasurable and rewarding as possible.

What do these awards and honors mean to you?

All Realtors share a list of accomplishments, but the true test of a good Realtor is their dependability and trustworthiness. Mike has been found to be both time and again; his accomplishments are a testament of this. He is consistently chosen over his competitors due to his extensive experience and expertise in home construction, design, and neighborhood development. He has assisted in the buying and selling of homes in every neighborhood and price range in The Woodlands market and beyond.

Mike has built strong relationships with real estate associates, business professionals and community leaders in The Woodlands. No realtor is more knowledgeable of the community’s fast-paced changes and growth than Mike. His success is attributed to a philosophy to which he and his staff strictly adhere: “Your needs come first.” They work diligently for each client to ensure the smallest details are handled in an expedient, thoughtful and professional manner. They always go the extra mile!

Whether you’re looking to buy, sell, rent, relocate or invest, look no further for the service, experience, and expertise you need in this market than The Mike Seder Group. They’re ready and able to meet your needs and exceed your expectations!

Schedule a showing?
You can reply to private messages from "Inbox" page in your user account. 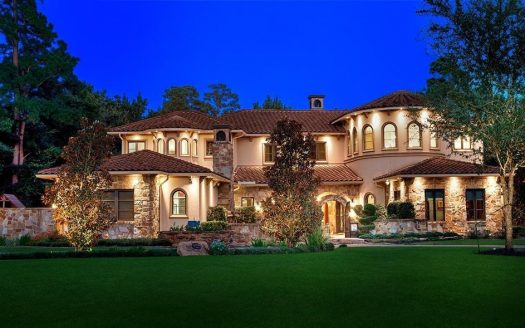 You need to login in order to post a review